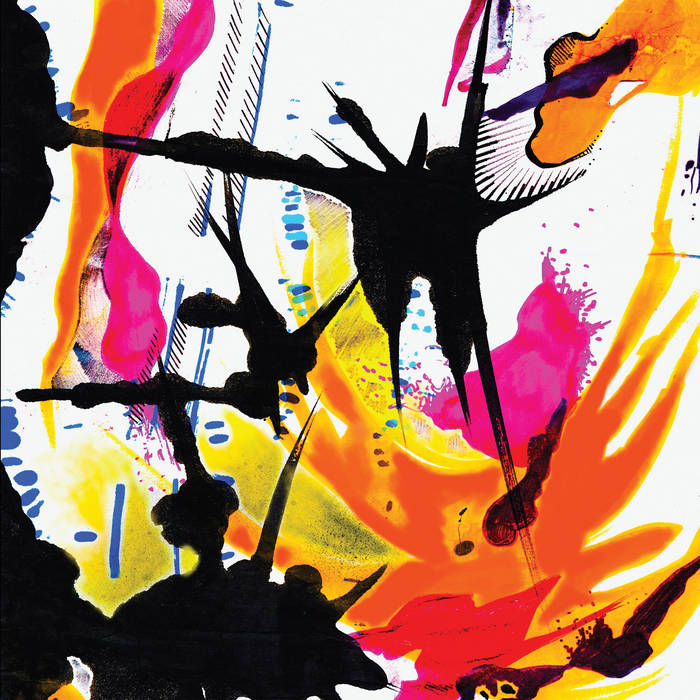 Michael Mueller Never encountered an album that sounds quite like this. This is a powerful, incredibly-produced, unsettling trip.

Strange blends of genre and aural snapshots. Minimalist but super-intense. Sounding like a chamber-music version of DJ Shadow one minute and a David Lynch film the next.

Tears|Ov have pushed experimental music into a surreal space I've not previously encountered, despite using an array of largely recognisable elements.

For such a strange album, I find it compulsive listening. Favorite track: I Stand On The Cable.

Their writing process takes the form of structured improvisation. Allen will create a bed of loops, field recordings or a full framework. She then shares this base with Wale and Spafford who embellish or delete, the three building the pieces through long improvised sessions in London, playing late into the night. During these sessions, the feeling of a songs’ words or the emotional tone of a sound can spark sudden mood changes, altering the arc of the compositions. ‘Crucially the music is improvised – it is never the same twice. There are triggers and moments that signal moving to another part of the music, but the timings and lengths largely depend on our moods and interpretation on a given day/performance. Because of this, the album was recorded with ambient mics capturing multiple instruments. It wasn’t possible to record all the instruments separately as we respond to each others improvisation. Even if the changes are very minor, they really affect the emotion of each piece’ Spafford says.

‘A Hopeless Place’ was initiated by a commission from Wolfgang Tillmans to perform at the Tate Modern’s South Tanks, part of a concert series curated by the artist in parallel to his 2017 retrospective at the gallery. ‘We were asked to play a gig at the Tate in March 2017’ recalls Lori. ‘I’d already started on some of the tracks, but it gave us an opportunity to present them as a composition around their connected themes. Sometime after the gig we decided to capture the work and turn it in to an album.’

For Lori, the album is about loss, ‘especially grief around the edges of growing out of something in order to move toward something else. It’s about transformation through love, not knowing how to hold on to everything while wanting desperately to let go of all of it, craving new shapes but feeling warped in the process of shapeshifting. It’s also about how love changes you, if you allow it to. It can’t be apportioned. And this is the biggest mistake of all – which we all joke about in vain grasping for control over the pleasure of losing control – that’s what the gameshow track represents – the compulsion to break taboo.’

Tears|Ov’s debut is presented as a continuous journey, devised to be heard as a whole. ‘Though I’m interested in attaining a peaceful hold on mixing emotions on a personal level, the compositions seem to come out all sideways, morose and capricious,’ Lori says. ‘I like to change the mood slowly and sometimes suddenly – like how it happens in your heart.’

Debbie notes how the albums’ different movements work for or against each other. ‘“Dancing Without” is about finding a book about nothingness, just lying there on the street, and having gratitude for nothing being nothing yet still somehow falling out of the sky as an object – not just a concept. For “Overstimulated Arcade Rat”, the inspiration was about the feeling of being on a new psychotic substance, endlessly playing video games – a metaphor for being forced into addiction by society, for getting lost in the pressure of finding your way. “Trapdoor Ant” is about the protective survival mechanism of the trapdoor ant. They have the fastest moving predatory appendages within the animal kingdom, used as a catapult to eject intruders or ping themselves backwards to escape threat. The peak force is 300 times the body weight of the ant…’

In Katie’s opinion the album represents an emotional journey, ‘often one started by Lori and shaped by the band. Through my cello melodies, I seek to create a story throughout the album, like a voice. The way the tracks are stitched together is akin to how a symphony is structured, with its different movements; each one with its own story, building to a greater whole. The emotions that Lori describes – of loss, grief and love – are echoed in the romantic and often heart-rending cello melodies. As I am not the one who creates the initial concepts or ideas, for me it’s much more about how I absorb and feel the raw emotion of each track, then voicing and interpreting what I feel through the cello.’