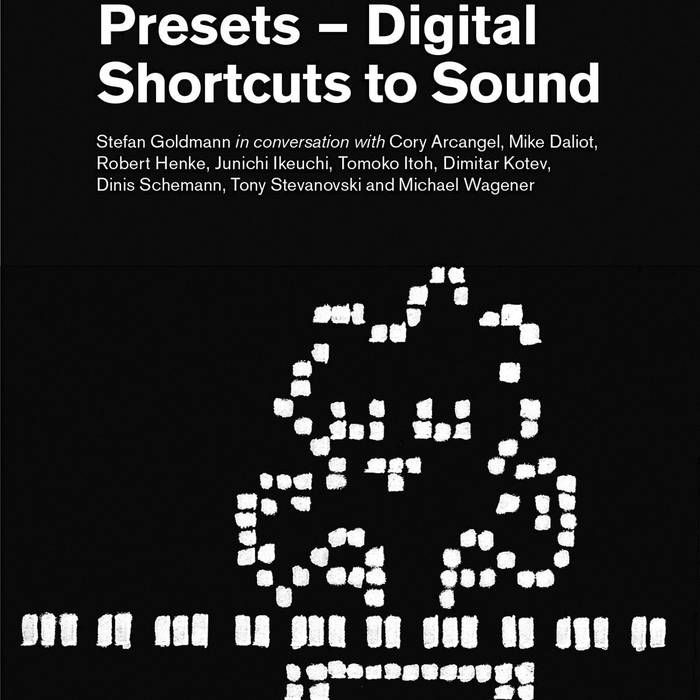 For his first book, “Presets – Digital Shortcuts to Sound”, Stefan Goldmann has talked to industry leaders, programmers, producers, musicians and fine artists to collect a comprehensive description of the world of preset audio: from synthesis to sample libraries, from instrument emulations and gear cloning to automated composition and performance – short cuts in electronic music, classical and traditional musics, guitar rock & fine arts are covered. Disruptive gear and iconic presets, their background and impact – from Korg’s M1, Yamaha’s DX7 and Roland’s 909 to Ableton Live, Native Instruments Reaktor, Sidechain compression and Auto-Tune – are discussed with unprecedented depth and clarity.

Stefan Goldmann is an electronic music artist and DJ. Together with Finn Johannsen he runs the Macro label, whose artists include Elektro Guzzi, KiNK and Peter Kruder. He also writes a column for the flyer program of Berlin's Berghain club and is a co-author of its upcoming book, “Berghain 10”. In 2014 he released “Industry”, an album based exclusively on presets.