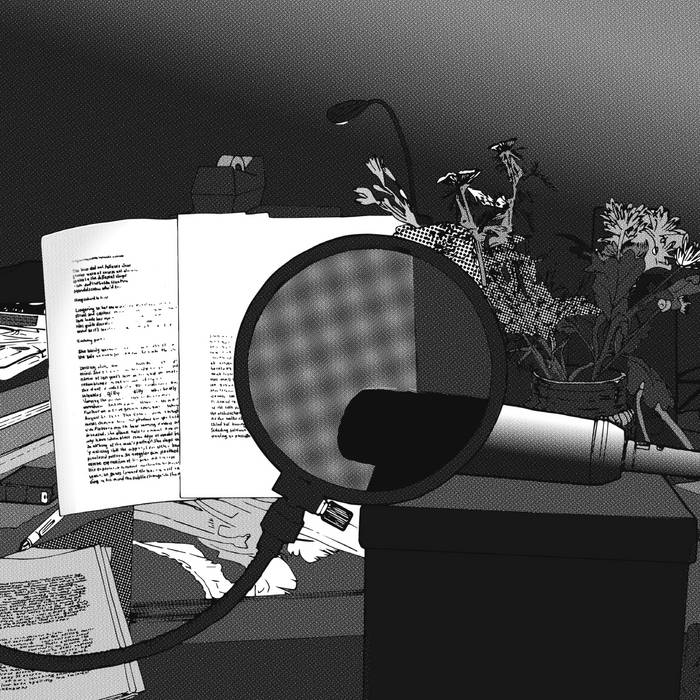 Armin Lorenz Gerold is a sound artist based in Berlin. His work mostly focuses on links between sound, voice and intimacy. He works in different mediums – sound installations, audio plays and live performances. Since 2017 Gerold has collaborated with Irish filmmaker Doireann O’Malley, composing soundtracks for her ‘Prototypes’ film series which won the Berlin Art Prize. In November 2018, Gerold premiered his most recent audio play ‘Atmospheric Disturbances’ in a solo show at LambdaLambdaLambda, Kosovo. Under his alter ego Wirefoxterrier, he has recently contributed music to the soundtrack of the web series SKAM Italia.


‘It is early September and dozens of days since we last saw each other. Our communication has been a hit and miss operation ever since. Last week you left me hanging at Krumme Lanke, texting back from Kantstrasse.’

Produced in November 2017 for KW Institute for Contemporary Art’s Compound series, Armin Lorenz Gerold’s ‘Scaffold Eyes’ is a 45 minute audioplay, first presented as a multi-channel installation and a live reading performance. It is narrated by Gerold alongside London-based art and architecture historian Miriam Stoney and Berlin-based artist and filmmaker Doireann O’Malley.

‘It is a Tuesday evening in late August. She wanders through various streets linked to a canal that divides the district in two halves. Her thoughts are diffuse and further interrupted by looking at her phone relentlessly.’

‘Scaffold Eyes’ traces the paths of four characters as they wander through the urban landscape of Berlin. We listen in to their meandering thoughts. The lines they walk are never straight, their narrated memories and observations oscillating between the diffuse and the precise. Berlin’s cityscape echoes their psychological space, its dimensions distorted. The city’s sounds blend into each other. Scaffold is everywhere. In juxtaposing the constant reshaping of this metropole with the transient lives of his characters, Gerold places us into a world seemingly in flux.

‘It is early September. I enter Kreuzberg 61’s town hall through the main entrance passing by a porters’ lodge A man is barely visible behind glass. Gently lit from the side by a small table lamp, half his shape disappears…’

The compositions seem algorithmic, yet mood-driven and fluid. Gerold combines spoken word with a collage of field recordings, ambient compositions and song sketches. For example, the faux-jazz of ‘Love Theme of Scaffold Eyes’ suggests a film noir theme while resonating with a characters’ depiction of construction sites by night. As we follow a character into an uninhabited highway construction site, we listen to his voice shifting gradually into vocoder, glancing a the autobahn superstructures around us, cars streaming by.

AD&D: Don Wyrm. Illustrations by Armin Lorenz Gerold. The executive producer was The Restless Worm. WHO#11.